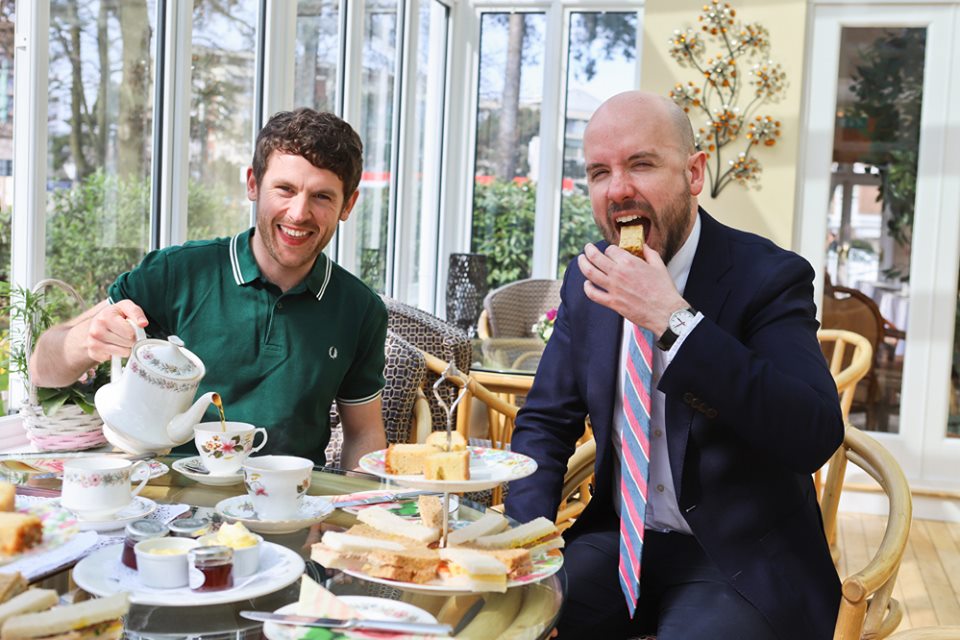 The importance of photography in PR and newsworthy stories should not be underestimated. We all know the saying ‘a picture tells a thousand words’ and it’s true! Did you know that a recent study showed 90% of what we remember comes from visuals?

Pick up a newspaper or magazine near you and have a flick through — what catches your eye? I would guess that the images are getting your attention, right? Good images are essential when trying to achieve press coverage.

In some cases, the media won’t even publish the story unless there’s a decent image to go with it. In other cases, having a good photo or collection of images can make all the difference between a small, text-based story – which the reader could easily miss – and a longer feature, with lots of eye-catching images for maximum impact

“What a professional. Excellent pics turned around fast with no fuss.” – Darren Slade, Bournemouth Daily Echo

Whether you’re using images on your website, social media or sending them to press, if they are unprofessional or poor quality, it won’t reflect well on your business… Don’t get me wrong, the cameras on smartphones these days are pretty good and in the right light, you can take a half decent shot. ⛔️ BUT ⛔️ you should invest in at least some decent head shots and ‘business in action’ images.

It’s always a good idea to invest in a professional photo shoot. Never underestimate what a photographer can do for your brand visuals. Outside of the business of actually taking the photos, a good photographer can advise on the kind of images you need to show your business to its best advantage, provide lighting and professional backdrops and develop creative ideas to really make you stand out from the crowd 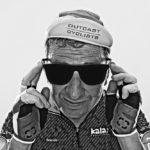 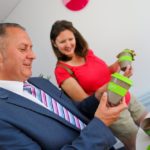 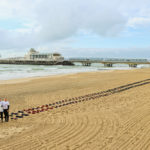 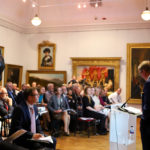 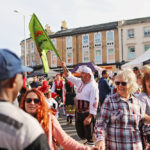 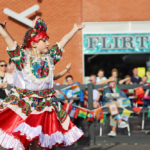 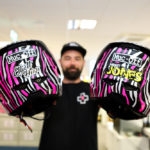 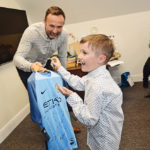 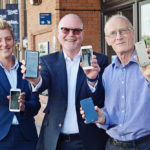 Earlier in the year we had a bit of a website whoopsie which stopped our gift vouchers from being available – we’re all fixed now, YIPPIE, so Gift Vouchers for all our photo shoot packages are now available to purchase here https://www.studioshotz.co.uk/product-category/gift-vouchers/ 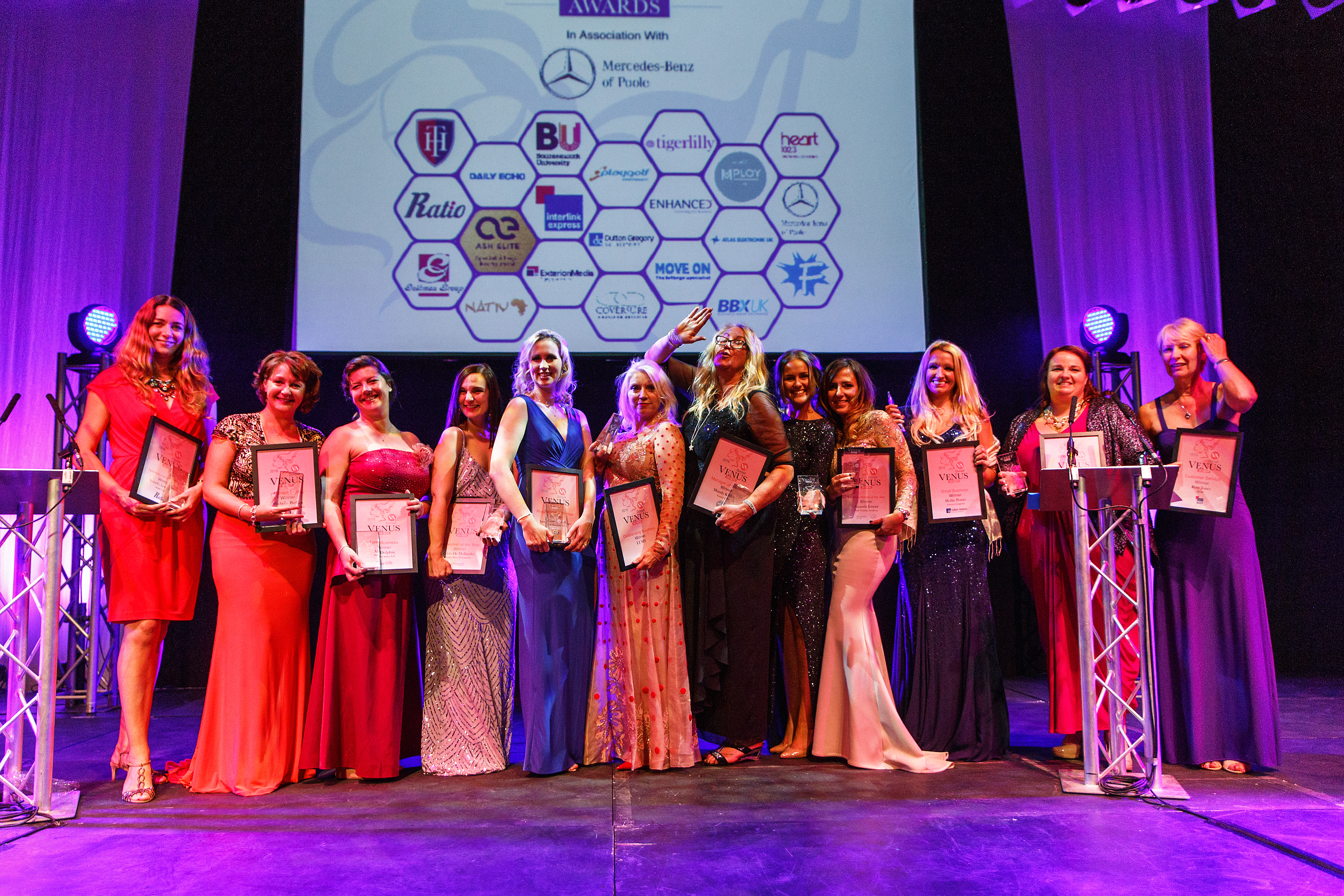 Holy Cow Batman, I only went and won an award!

This year I was in the finals for Networker of the Year, sponsored by PlayGolf Bournemouth, a category that I’ve become quite passionate about. It’s a key way of developing your professional & social contacts, not just for yourself but for your already established connections too. The past year I’ve really stepped out of my comfort zone, literally, walking into rooms of people where I have known no one… 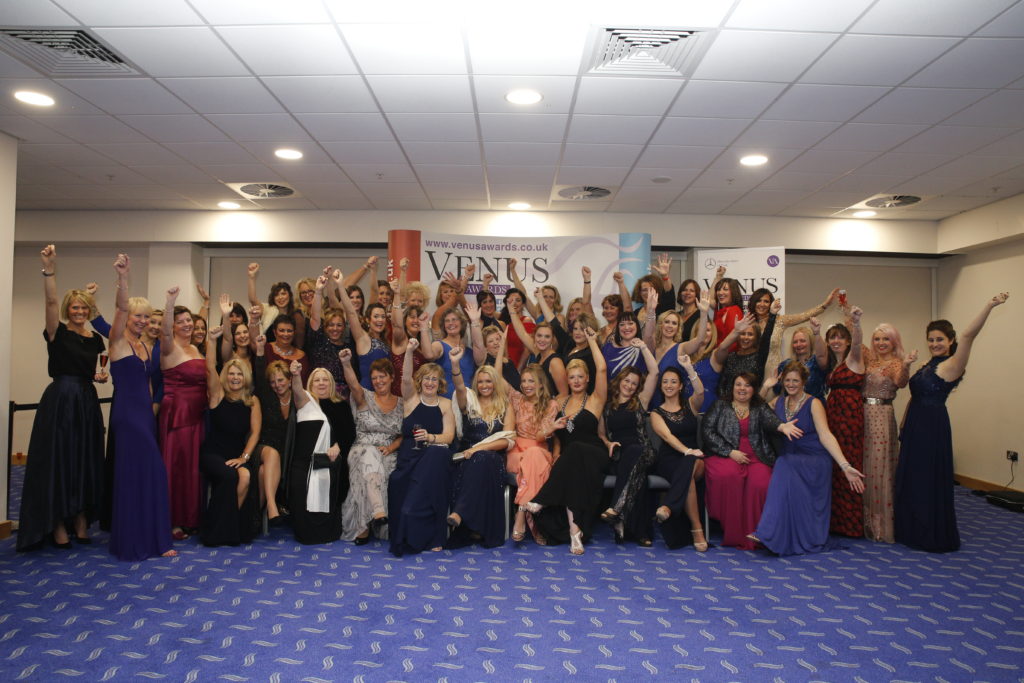 The Venus journey concluded at a glamorous Black Tie Ceremony and Gala Dinner at Bournemouth International Centre on Thursday 20th October 2016 . Dubbed the “Working Women’s Oscars” by Channel 4 and now in its seventh year in Dorset, the Venus Awards goes from strength-to-strength in discovering and recognising the talents of enterprising women. Competition was fierce this year with 785 nominations and applications across the 15 Award categories in Dorset.

However, it’s not the first time I’ve been in the Venus Awards Finals, it’s the third! Previously for Online Marketing and Networking! (Not to mention I’ve been in the semi-finals/short listed for everything from PR, online business, customer service and professional of the year!)

I enjoyed the Venus Night with my table; consisting of good friends, my family and some awesome business people that wanted to support me. Thank you for joining me Nick from Foxes Estate Agents, Andy from Gervis Accountants & Christchurch Chamber and Dion from Pure Networking! You all made the night truly memorable, hilarious and fun. 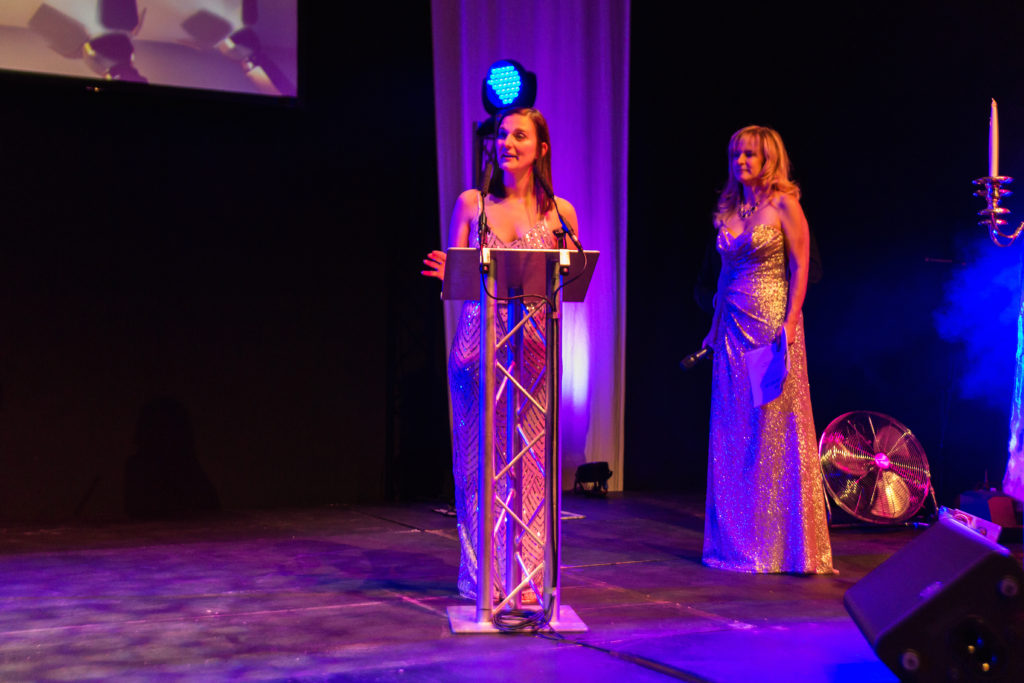 Public speaking scares me. I’m just no good at it, my mind goes blank & I lose my words… Thankfully I remembered to thank my mum “MUM, I LOVE YOU!” and the Venus Awards, but the nerves did get the better of me & I forgot to thank some key players, MAJOR WHOOPS.

Firstly, I need to thank Pure Networking! That room I first walked into not knowing anybody, I can say that a year later they’re now clients, business contacts and friends. It is the most welcoming, friendliest & most FUN networking events I have ever attended. Why else would I sign up as their official photographer and attend every single event!?

I also need to thank CCTC (Christchurch Chamber of Trade & Commerce), I was delighted that Andy from Gervis, also CCTC’s Treasurer joined me at the Venus Gala, they’re one of the first local networking groups I really got associated with and have met some big influecnes in my business world there.

For obvious reasons I have to thank PlayGolf Bournemouth, especially Peter Gilbert (Thank you for the celebratory bubbles!) for choosing me as their winner. When waiting for our turn to be photographed and filmed as winner & category sponsor, I blurted out “But, why me!?”, “Your progression in the past year. You don’t have to introduce yourself any more, people already know Zelda the Photographer”. How awesome is that!

Lastly, however cheesy this may be, here it goes…. I need to thank my late Dad. He was the person that persuaded me at 21 years old, only 2 weeks after finishing my university degree, to set up my photography business with a high street shop! Talk about diving in at the deep end. There is no way I could have done what I’ve done without you.

Thanks for Venus Awards for the above photographs

Do your promotional images properly reflect the quality of the items or service you have to offer?

Whether its an event, product, service, experience, people …… 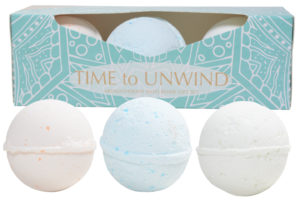 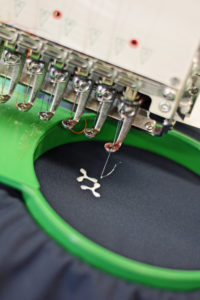 High Quality photography is now a vital selling tool for any business; from PR, advertisement and business showcases such as your website, you need to show you are an expert at what you do.

If you want to sell to the largest market (both web and print) then you will need good quality, well-lit, sharp, high-resolution images. High Quality and Modern Photography should be used as a marketing tool, to enhance appearance and drive sales. 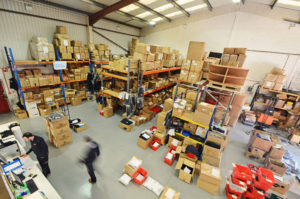 Studio Shotz has the ability to produce a wide range of stock images, including total cut outs ready for you to place into brochures and websites. We are more than happy to produce JPEG or PNGs of images. We have produced stock images for nearly everything from shoes, jewelry and toiletries to pieces of artwork and even people!

We undertake studio and location photography, dependant on the style you wish to show for your business. From pack shot photo shoots, lifestyle photo shoots as well as general business showcase photography. 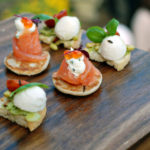 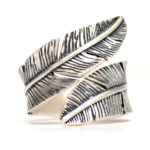 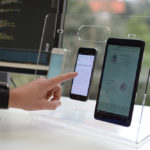 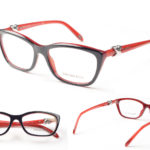 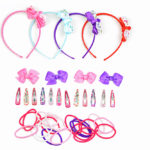 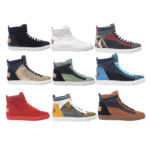 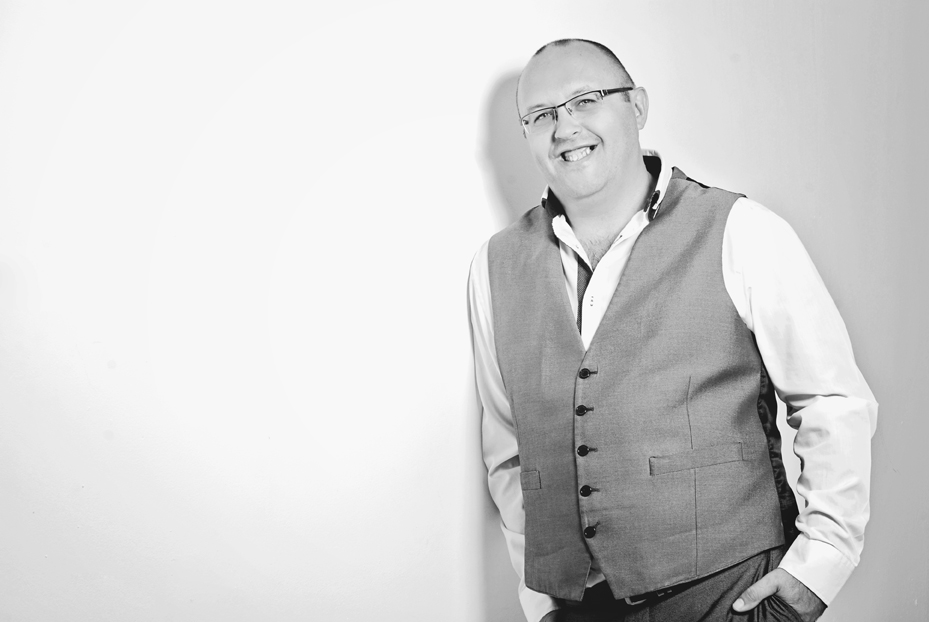 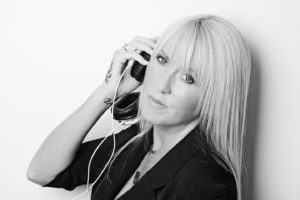 The importance of good head shots should not be underestimated; people nowadays would prefer to connect with a business that has a face. Take Apple and Steve Jobs as well as Virgin with Richard Branson. With the ever growing online presence surrounding even the smallest of companies, it’s now imperative to always be seen in the best possible light (excuse the pun!) 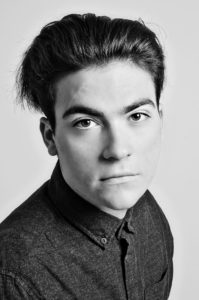 Head Shots should be seen as a vehicle to help show your brand, your personality & your professionalism within your company.  Having a professional head shot taken shows you care about the details of your business, it will look professional but friendly and creates a good first impression. Connections these days are rarely verbal, most people these days ‘meet’ your photo online before ever making contact with you . Let’s not forget sites such as LinkedIn where you as an individual are constantly representing your business.

Studio Shotz offers a variety of different head shots, ranging from actors head shots through to personal head shots for social media websites as well as business portraiture to show your employees and your business in its best light.

Head Shots are ideal for actors, performers, the self-employed and all business people that need a great looking photograph. Ideal for your own business website and advertisement, as well as sites such as Facebook and LinkedIn. Studio Shotz provides Head shots for just £25, which includes up to 30 minutes in our studio and a high resolution digital image that is fully edited and airbrushed, in colour and black&white.

We also shoot ‘group’ headshots, and are more than happy to work on a bespoke basis. Why don’t you email us at info@studioshotz.co.uk to get your quote? 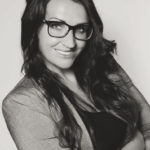 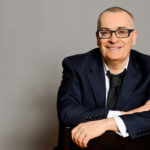 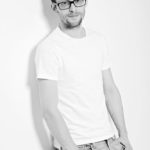 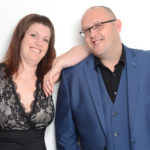 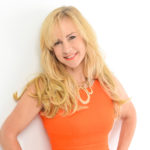